Each day, Wintzell’s Oyster House serves the freshest seafood available, which amounts to approximately 93,000 pounds of shrimp, 182,000 pounds of fresh oysters and  21,000 gallons of gumbo annually.

Wintzell’s signature mixed drink is the Dragon Drink, a fruity concoction in a souvenir glass created as a tribute to Mobile’s annual Mardi Gras celebration.  The Dragon Drink was developed as an homage to Verna Dean, a 150-foot long dragon float which has served as the star of Mobile’s Mystics of Time Mardi Gras parade for over 60 years.

There are currently ten Wintzell’s Oyster House locations in Alabama:

Current owners and Mobile natives Bob and Buffy Donlon have over 13 years of experience leading the Wintzell’s organization.

Wintzell’s is actively committed to philanthropic efforts in all communities where our restaurants are located.  Over 75% of the Wintzell’s advertising budget goes to community-related projects.

Wintzell’s was selected by President and Mrs. George W. Bush to cater a meal on Air Force One.

Each Wintzell’s location recognizes and celebrates the Mardi Gras season, as a nod to Mobile being the birthplace of Mardi Gras in the United States. 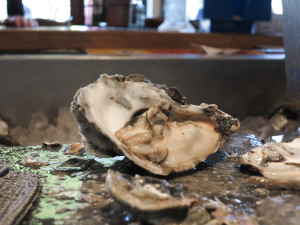