GREENVILLE, Ala., December 22, 2014 – Wintzell’s Inc. today announced the opening of its newest restaurant in Greenville, Alabama. The new Wintzell’s Oyster House is located at 128 Interstate Drive, the former site of the Timberland Log Homes building, across from the Interstate Plaza shopping center.

The project first took shape in December 2011, when Wintzell’s CEO Bob Donlon announced plans to open a Wintzell’s location in Greenville. After the widening of Interstate Drive to accommodate for additional parking and building space, the Greenville Downtown Redevelopment Authority contracted Rogers & Willard of Mobile, who in July began construction on the approximately 5,500 square-foot building.

Wintzell’s owners Bob and Buffy Donlon hosted an opening celebration on Tuesday, December 16th which benefitted Safe Harbor, a child advocacy center serving Butler, Crenshaw and Lowndes counties. The restaurant intends to be involved with community projects and events, according to the Donlons.

“We are very excited to open in Greenville and be a part of this community,” says Bob Donlon. “Since we began this venture three years ago, we have enjoyed spending time here, and it’s clear that Greenville is eager to share in our 76-year-old tradition of outstanding food and hospitality.”

Those anticipating the Wintzell’s opening have found company on social media channels—Facebook in particular—where fans have been active and supportive, according to Wintzell’s communications manager Clay Omainsky. Since the Greenville-specific Facebook page was created in January 2014, it has accrued more than 1,400 followers. “The page’s fans have been asking about the opening for months,” says Omainsky. “Construction often bears an uncertain timeline, but that response loses application when people are really, really excited about something.”

The opening date was announced in a December 4th Facebook post, seen by nearly 10,000 users, liked by over 200 and shared 62 times. “We wanted firstly to acknowledge the fans’ patience and also to thank them for it,” explains Omainsky. “The response was overwhelming. Engaging with this terrific group of fans tenders a highly encouraging outlook for this restaurant.” Omainsky added that the company would continue to utilize Facebook for announcements, contests and promotions.

The restaurant employs nearly 100 individuals, and while it is presently fully staffed, prospective job seekers can submit an application at any time by visiting the restaurant’s Careers page.

Founded in 1938 as a six-stool oyster bar, Wintzell’s delivers an atmosphere that is lively, casual, and unmistakably southern. The Greenville restaurant joins ten other Wintzell’s locations, with nine in Alabama and one in Pleasant Hills, Pennsylvania. The company is currently pursuing options to develop units in the Birmingham area, according to Donlon. 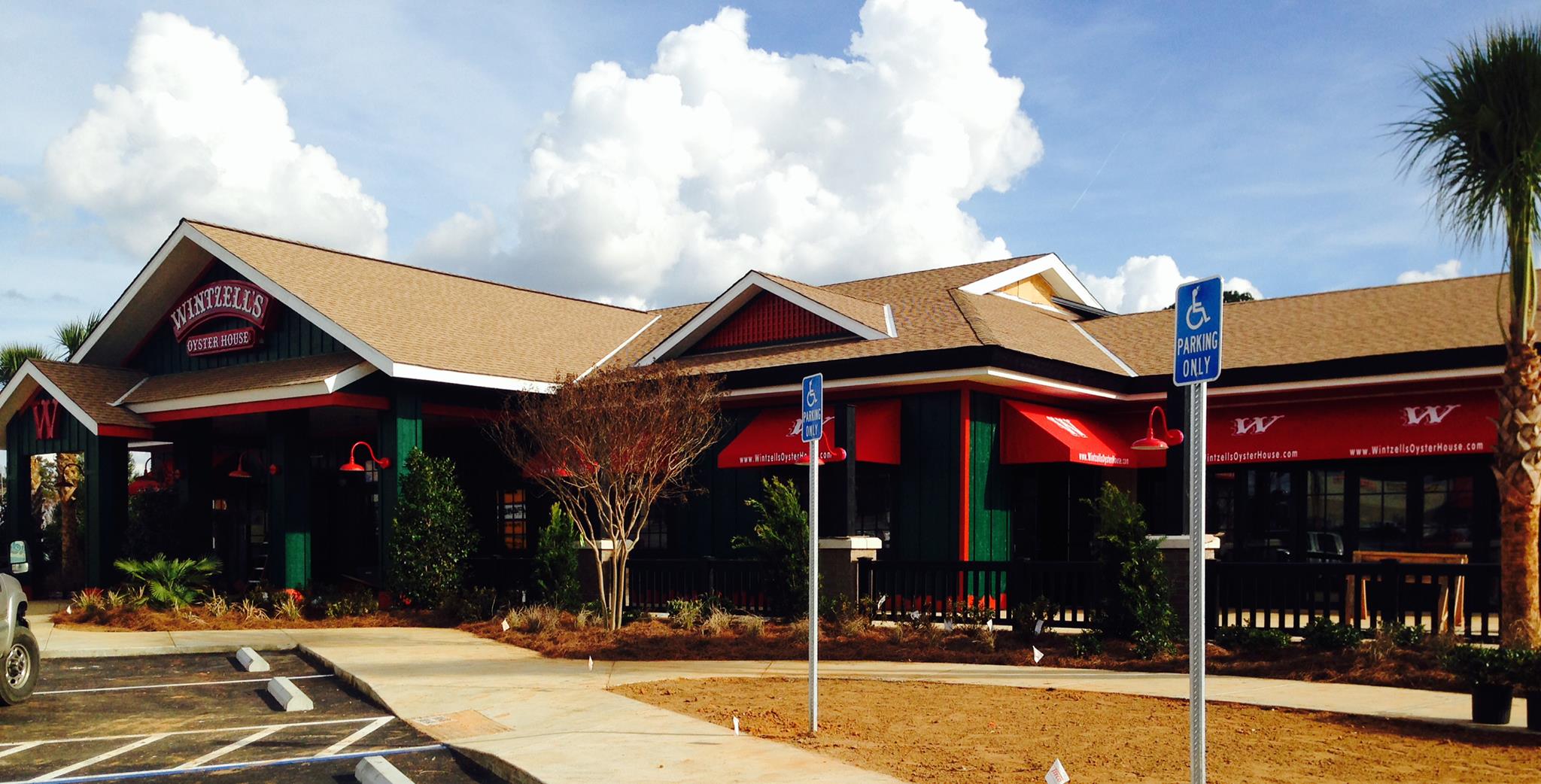